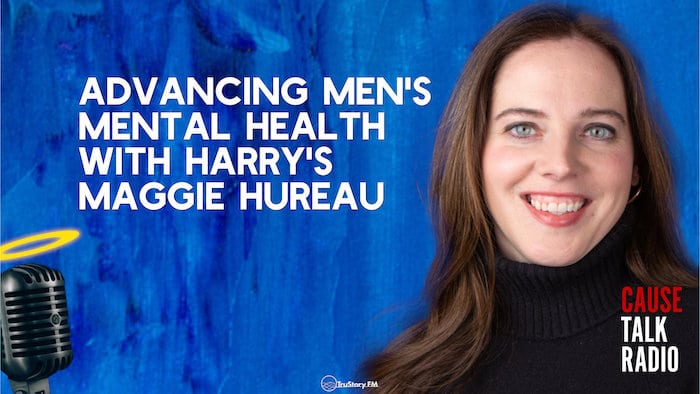 The next three Cause Talk Radio episodes will be reruns of some fantastic interviews that are timely for one reason or another. In September, we’ll come back on September 1st with new episodes released each Wednesday.

Mental health has become much more of an open topic during and post-pandemic. One of the brands that has been in this space for quite a while, tackling these issues and doing it well is Harry’s – the razor brand. Plus, the company just launched its $5M Open Minds Initiative.

A few years ago, Harry’s decided to focus its social impact efforts specifically on men’s mental health. In today’s episode, you’ll hear Megan Strand talk with Maggie Hureau, Harry’s Head of Social Impact. The duo talk about how this cause area came to be, the tough questions they asked themselves like “how do we do with our own team’s mental health? and “as a brand that sells razors are we comfortable talking about this issue?”

You’ll also hear about how they picked this cause area, their 1% model in which they direct 1% of sales to charitable organizations, how they’ve focused efforts to serve black men, specifically and so much more. So buckle up and get ready to dive in! This show was originally released in October of 2020.