Whether You Love The Color Or The Cause, This World AIDS Day And Through The Holidays, Shop (RED) And Save Lives! 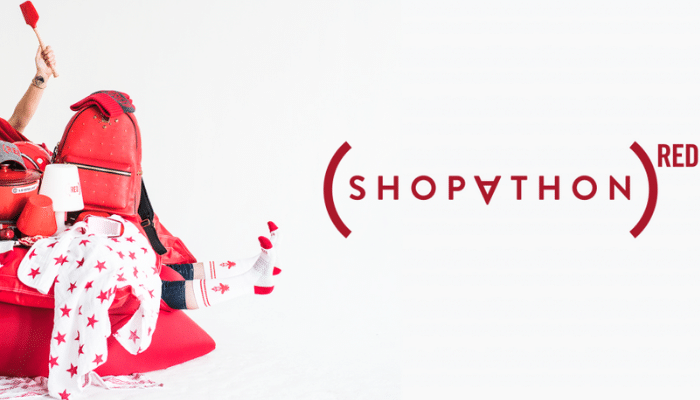 NEW YORK, Nov. 30, 2018 /PRNewswire/ — In support of World AIDS Day 2018, (RED) partners and collaborators are giving people more ways than ever to support the fight to end AIDS – a disease that remains an emergency particularly for women and girls and is today the leading cause of death among young women worldwide. From shopping for holidays gifts, to eating and traveling, when people choose (RED) they will help save lives.

Apple surpasses $200 million raised for the AIDS fight through the purchase of its (RED) line of products.On the eve of World AIDS Day 2018, Apple – the largest corporate contributor to the Global Fund — announced it has generated more than $200 million for the Global Fund. Since partnering with (RED) 12 years ago, this money has supported HIV/AIDS programs that deliver counseling, testing, and medicine that prevents the transmission of HIV from a mother to her unborn child.

In addition to a range of more than 20 (RED) products, including the new iPhone XR (PRODUCT)RED, from December 1 through 7, Apple will donate $1 to (RED) for every purchase made with Apple Pay at an Apple Store, on Apple.com and through the Apple Store app. Generating further awareness around the fight globally, from today through December 6, the logos at 125 Apple Stores will turn red and window decals in more than 400 retail locations will encourage customers to “Choose (RED). Give life.” Additionally, the App Store will dedicate Today stories on December 1 to highlighting the efforts of (RED) and the powerful apps and developers supporting the fight against AIDS.

“Apple’s innovation and support is saving lives and helping us end the AIDS epidemic,” said Peter Sands, Executive Director of the Global Fund. “This World AIDS Day, everyone can make a difference and contribute to our amazing progress.”

Deborah Dugan, CEO, (RED), said, “World AIDS Day this year is a moment to stop and understand the urgency with which we must tackle AIDS… because it’s unimaginable that every week 7000 young women are becoming infected with HIV.”

“There has never been a more important time to see partners like Apple – and the staggering $200 million raised for the Global Fund – and so many other courageous companies and collaborators, to step up and bring their full force to the fight. The money generated by (RED) to fight AIDS – and the many millions of lives impacted by it – is proof that private sector dollars save lives. The world now needs to step up and ensure millions more lives are saved from a disease that is both preventable and treatable.”Jimmy Kimmel Live! (RED) Special re-airs, tonight.

Great gifts that give back at  a mazon.com/RED; Bank of America is Official Payment Provider for the (RED) ShopathonFor the second year running, Amazon is providing customers a single destination to shop more than 100 (RED) products, including the exclusive Echo (RED) edition, which is available for a limited time. For every Echo (RED) edition sold, Amazon will donate $10 to the Global Fund. Other AIDS-fighting products available on amazon.com/RED include BALR., Calm, Casper, CHAOS, Durex, Dyson, EOS, Tarte Cosmetics, MCM, Baxter of California, S’well, Vespa, Vilebrequin and VIZIO amongst others.

As the Official Payment Provider for the (RED) Shopathon, from today through December 31st, Bank of America will donate 20 cents to the Global Fund for every dollar spent on amazon.com/RED, up to $1.5 million.

Get or gift chances to win celebrity experiences on CrowdRise by GoFundMe, including:

Whether sleeping or traveling, eating, drinking or even grooming, there are so many ways to choose (RED) thisDecember.