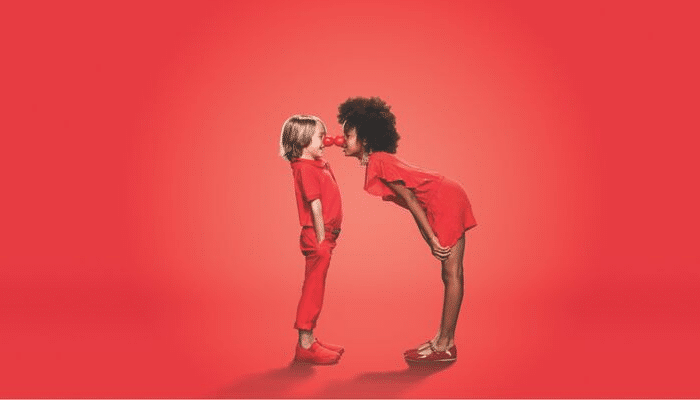 Red Nose Day, a campaign to end child poverty that has raised over $190 million to date is a program of Comic Relief USA in which consumers can purchase a red nose exclusively from partner Walgreens or Duane Reade with proceeds from the sale of the red nose going to the cause. In five short years, this campaign has positively impacted over 16 million children in America and around the world, sold over 40 million noses and become a household name inspiring action and change.

In addition to positively impacting children here and abroad, Walgreens, through its Red Nose Day activation, offers a great example of how social impact programs can positively impact a company’s bottom line.

As the exclusive retailer of the iconic red nose, Walgreens is well-positioned to take a stand on child poverty, demonstrate their commitment to corporate citizenship and simultaneously drive fundraising and revenue. In 2015, Walgreens sold out of their 5 million noses in just over a week. Today, 67% of Americans know Red Nose Day, and in 2019 an estimated 40 million Americans supported the campaign.

Here are a few lessons learned from this iconic campaign, as shared in a recent Engage for Good webinar by Walgreen’s Linn Jordan and Comic Relief’s Mary Corigliano.

Successful campaigns begin with solid partnerships. Walgreens’ brand purpose, to “Champion the health and well-being of every community in America” lends itself well to Comic Relief’s mission of ending child poverty.

As these partners learned early on, simply having a natural brand alignment wasn’t enough to sustain their growing partnership, they needed to align their brands and their resources for maximum impact.

Walgreens’ internal research showed that Walgreens and Red Nose Day were synonymous with each other so, in 2017 (two years into their partnership), the organizations joined forces to create one unified message for consumers. With integrated messaging and storytelling, the campaign was united under one rallying cry and tagline: “Noses On” and “Let’s come together to end child poverty, one nose at a time”. With this renewed focus, both organizations saw greater growth, awareness and understanding of the program.

Understanding the significant power of research, Walgreens and Comic Relief USA leveraged big data to position themselves for long term growth. They began with micro-segmentation to determine who was most likely to take action based on specific qualifiers and metrics. From there they developed six unique personas before crafting their go-to-market media and content plan.

In addition to conducting research, the organizations tapped relevant channels to ensure they were speaking to their target audience where they already were, whether that meant social networks, on television or in magazines. Once there, they made sure they delivered consistent messaging and provided great storytelling to create an emotional response, not just a rational one.

Each year, Walgreens’ Red Nose Day store takeover is second only to Christmas in regards to execution and scale and allows the retailer to create a holiday-level experience during a gap in their existing planning calendar.

Here are some of the elements that have made their annual in-store activation a success:

After several years of selling red noses in stores, Walgreens and Comic Relief noticed that sales of the noses were tapering off. In an attempt to refresh the campaign, the partners introduced the sparkle red nose in 2018 but felt they needed to push the envelope even further in 2019.

Following the example of Red Nose Day in the U.K., the partners launched a series of four character noses called “everyday heroes” and concealed the identity of the noses in a bag so consumers weren’t sure which nose they were purchasing. While the partners have learnings from this year’s effort they’ll take forward to future campaigns, the character-based noses provided them an opportunity to have more in-depth conversations with consumers about the issue of child poverty and something new to talk about with employees and suppliers.

While Walgreens isn’t the only corporate partner of Red Nose Day, they are certainly one of the most significant, having raised over $100 million of the campaign’s total $190 million raised to date. With a keen focus on collaborative messaging efforts, insights from campaign data, robust in-store activations and a commitment to innovation, this partnership is well-positioned to continue to make a meaningful impact on the critical global issue of child poverty while serving as an important business booster for Walgreens and its suppliers.

Looking to learn more about Red Nose Day and the lessons learned along the way? Check out our recorded webinar with Walgreens and Comic Relief USA.