Virtual Currency, NFTs And Charities: Prepare Your Organization For The Next Currency Wave 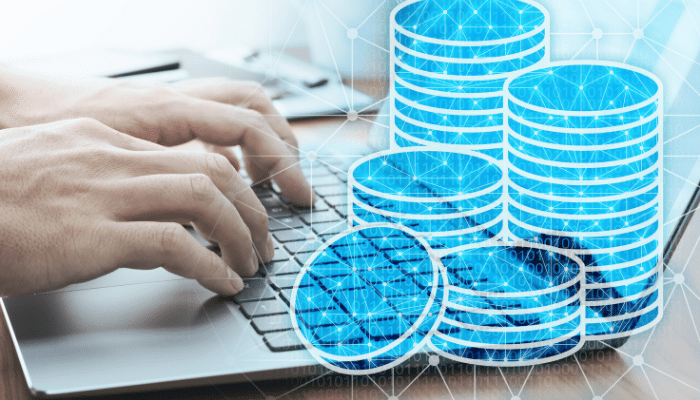 The world is on the crest of another virtual currency wave. We last experienced this phenomenon in 2017, when the value of virtual currency spiked. Newly-minted crypto-millionaires infused the charitable sector with gifts of bitcoin (see, e.g., the Pineapple Fund). Organizations and individuals who had previously written off the idea of a decentralized virtual currency began to re-examine the concept, if only to speculate in a new market.

The 2017 crypto-wave quickly ebbed as the value of the various coins settled back into their historic ranges. While some folks continued to experiment with coins and their underlying technologies, such as the blockchain, most individuals and organizations moved on. Then, at the end of 2020 and the beginning of 2021, the crypto-wave returned, crashing into the art world, the philanthropic world, the business world, and drenching the commodities markets. With it emerged a new technology – the non-fungible token (NFT) – that relies on the same underlying technology as virtual currencies.

With the re-emergence of virtual currency and the development of NFTs, regular organizations are left to consider whether and how to dip their toes into the crypto-waters. In this piece, we will summarize some legal and practical considerations for organizations that are considering using or investing in the crypto-world.

What is Virtual Currency?

To explain what virtual currency “is” requires unpacking a few things. First, the technology underlying virtual currency is often called the “blockchain” or “distributed ledger technology.” As opposed to a traditional system where a central database is accessed by many users, there is no central database on the Bitcoin blockchain – the ledger recording all transactions on the blockchain is distributed among thousands of nodes and fully visible to users of the blockchain. This was an intentional choice to decentralize control and ownership over the system, but it was a choice. Other coin ecosystems have been developed with varying levels of centrality and transparency. Some companies are trialing blockchain technologies that are wholly internal to the company, with total control and zero external transparency.

Virtual currency is also often called “crypto”-currency. That’s a reference to the way in which the technology relies on cryptography to secure, record, and, in some cases, anonymize transactions. Cryptocurrency and virtual currency are used interchangeably. Some cryptocurrencies have to be “mined” and are finite, whereas others are issued by their creators without mining and more can be re-issued. Bitcoin must be mined and the supply of Bitcoin is (theoretically) finite. Bitcoins are issued to miners, who help prop up the Bitcoin ecosystem.

Bitcoin and virtual currencies themselves are digital representations of value. They have no physical representation – you can’t go to a bank and pull out 10 Bitcoin – and they are not backed by any government. They are only worth whatever the market says they’re worth, and could theoretically go to zero tomorrow. There are robust marketplaces to trade virtual currencies – Coinbase ($COIN), one of the most prominent platforms, recently debuted as a direct listing on the Nasdaq.

In many ways, however, virtual currencies aren’t that different from fiat currencies. If you are fortunate enough to have a bank account, some portion of your assets is represented digitally. Your bank maintains a ledger that keeps track of how much you have in your name, but in many ways that wealth is purely digital – the bank doesn’t have physical bills corresponding to your bank balance. When you spend with your credit card, the card companies aren’t transferring physical assets to correspond with the value you’re transferring – they simply reflect the credits and debits digitally.

As we wrote for Taxation of Exempts in the Fall of 2017, there is a patchwork of regulation applicable to virtual currency. The IRS has issued guidance that individuals and organizations should treat virtual currency as a non-cash asset, rather than as currency. The Securities and Exchange Commission has treated some coin issuers as if their coins were securities and issued guidance to participants in the markets. The Financial Crimes Enforcement Network (FinCEN) was also involved in regulating this space early and has updated its guidance to keep pace with the world of virtual currency, attempting to apply the Bank Secrecy Act to businesses that serve as platforms for virtual currency trading.

The net effect of all these regulatory actions is varied but follows a theme. Federal regulators are applying old frameworks to these new entities and business models while crypto companies are leveraging state and federal banking frameworks to open up new markets. To the extent that crypto companies appear to use their coins or tokens to raise money, the SEC is treating them as securities. To the extent crypto companies are engaging with consumers as platforms to help consumers move money around or purchase assets, FinCEN is applying the Bank Secrecy Act and treating the crypto companies as money service businesses. And consumers who have profits or losses from crypto-trading are subject to existing IRS rules applicable to the recognition of gains or losses in commodities or securities trading.

As soon as it seemed like the virtual currency world was settling down into a known regulatory environment, non-fungible tokens emerged. We wrote about NFTs recently, providing a very general overview. In essence, NFTs are a new digital method of proving ownership of an asset. In recent months, the highest-profile assets have been digital – NBA highlights and Beeple art – but in theory an NFT can be linked to any asset.

As with the legal framework for virtual currency, NFT assets are treated essentially the same as their physical equivalents would be. If you sell a piece of NFT-linked digital art, the accounting and tax consequences are going to be similar or identical to the consequences of selling a physical piece of art.

Business has tried to surf the latest crypto-wave along with artists and investors. Many companies have purchased Bitcoin and other coins to hold in their balance sheets alongside traditional investments. Payment processors are incorporating acceptance of virtual currency alongside bank and credit card payments. Consumer-facing organizations are also allowing their customers to purchase goods with Bitcoin and other altcoins (the term for non-Bitcoin virtual currencies).

Concerns For Virtual Currency and NFTs

As more companies and individuals explore virtual currency and NFTs, many of the age-old concerns remain. While most reputable platforms and crypto-companies are compliant with applicable laws, there are many new entrants in this space. Not all are aware of or compliant with the state and federal rules that govern virtual currency platforms and companies. In order to confirm their compliance, do some diligence around the company’s terms and conditions. See if they have a page describing their regulatory compliance. And at a bare minimum, see if the company collects basic information as part of the onboarding process. Any reputable platform will comply with “Know Your Customer” requirements before it allows you to buy, sell, or trade assets on its site. A sign-up process that doesn’t collect basic identifiable information about you means the platform may not be compliant with the law and certainly isn’t compliant with best practices.

Due diligence on platforms, wallets, and other partners in this space is especially important when organizations and individuals are considering longer-term investments in digital assets, whether virtual currency or NFT-backed assets. Many early investors in Bitcoin are cautionary tales – failing to take adequate precautions left would-be millionaires without access to their virtual currency. A popular platform was hacked and eventually crashed into insolvency, leaving investors with limited recourse as they await a bankruptcy proceeding. Organizations, especially those considering substantial investment in this space, need to confirm their partners are reputable and have in place adequate safeguards against fraud, waste, and abuse.

Organizations also need to develop policies to guide their decisionmakers who are navigating the digital asset space. What should a company do if it receives payment in Bitcoin – hold on for dear life (HODL) or sell before the value plummets? Virtual currencies and NFTs are still highly volatile assets. Organizations should include reference to digital assets in their investment policies (if they have them) or develop a standalone policy describing how to deal with digital assets.

The information provided above does not constitute legal advice and is not intended to substitute for legal counsel. Prepared by: Perlman & Perlman, LLP.