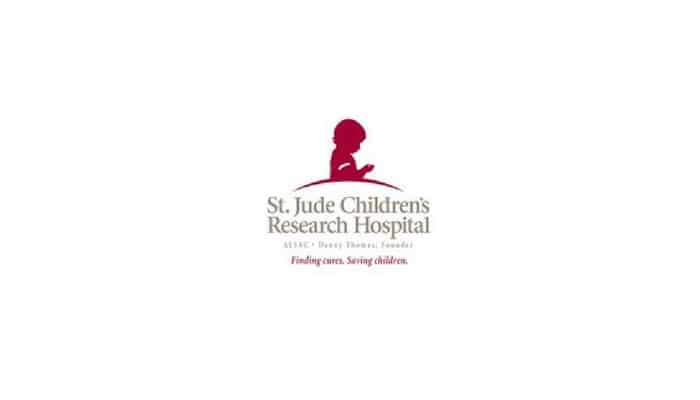 The National Cumulus Event encouraged radio listeners to pledge $20 per month to become “Partners In Hope” with St. Jude, which is leading the way the world understands, treats and defeats childhood cancer and other life-threatening diseases.

This year’s National Cumulus Event, with its first-time expansion into the classic rock genre, was a clear success. However, Cumulus stations have long been dedicated advocates and supporters of the St. Jude mission, helping to ensure that patients and families never receive a bill from St. Jude for the cost of treatment, travel, housing or food.

“Cumulus’ main charge is to serve the communities in which we broadcast,” said Mike McVay, Executive Vice President of Programming and Content for Cumulus Media. “Sharing St. Jude’s message of hope is one of the best ways to do this because the work of the hospital is helping to save kids’ lives everywhere.”

“Cumulus Media radio station broadcasts and on-air personalities reach millions of people every day in communities across the country – and we’ve found that many of the same people who are Cumulus radio station listeners are also generous supporters of the lifesaving mission of St. Jude Children’s Research Hospital,” said Richard Shadyac Jr., President and CEO of ALSAC, the fundraising and awareness organization for St. Jude Children’s Research Hospital. “We cannot thank the Cumulus Media team and their listeners – our donors – enough for their dedication to the St. Jude mission of finding cures for children fighting cancer and other life-threatening diseases.”

KLOS in Los Angeles, which airs its St. Jude Rocks event February 7-8, is rescheduling due to the station’s efforts to support Southern California fire fighters in recent weeks.

In addition to the radio event, more than 80 country artists supported the St. Jude ‘This Shirt Saves Lives’ campaign. The social media push and on-air promotion through Country Cares radio partner stations attracted thousands of new Partners In Hope and sustaining donors in support of the life-saving research and treatment being done at St. Jude. Artist and donor social posts can be viewed at www.thisshirtsaveslives.org.

About St. Jude Children’s Research Hospital®
St. Jude Children’s Research Hospital is leading the way the world understands, treats and defeats childhood cancer and other life-threatening diseases. It is the only National Cancer Institute-designated Comprehensive Cancer Center devoted solely to children. Treatments invented at St. Jude have helped push the overall childhood cancer survival rate from 20 percent to 80 percent since the hospital opened more than 50 years ago. St. Jude is working to drive the overall survival rate for childhood cancer to 90 percent, and we won’t stop until no child dies from cancer. St. Jude freely shares the discoveries it makes, and every child saved at St. Jude means doctors and scientists worldwide can use that knowledge to save thousands more children. Families never receive a bill from St. Jude for treatment, travel, housing or food – because all a family should worry about is helping their child live. Join the St. Jude mission by visiting stjude.org, liking St. Jude on Facebook (facebook.com/stjude) and following us on Twitter (@stjude).

About Cumulus Media
A leader in the radio broadcasting industry, Cumulus Media (PINK: CMLSQ) combines high-quality local programming with iconic, nationally syndicated media, sports and entertainment brands to deliver premium content choices to the 245 million people reached each week through its 446 owned-and-operated stations broadcasting in 90 US media markets (including eight of the top 10), approximately 8,000 broadcast radio stations affiliated with its Westwood One network and numerous digital channels. Together, the Cumulus/Westwood One platforms make Cumulus Media one of the few media companies that can provide advertisers with national reach and local impact. Cumulus/Westwood One is the exclusive radio broadcast partner to some of the largest brands in sports, entertainment, news, and talk, including the NFL, the NCAA, the Masters, the Olympics, the GRAMMYs, the Academy of Country Music Awards, the American Music Awards, the Billboard Music Awards, Westwood One News, and more. Additionally, it is the nation’s leading provider of country music and lifestyle content through its NASH brand, which serves country fans nationwide through radio programming, exclusive digital content, and live events. For more information, visit www.cumulus.com.