A Record $84 Million Raised for Charities through eBay in 2017 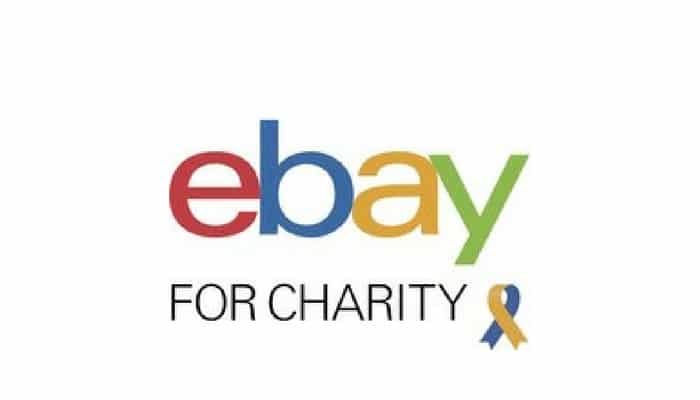 With nearly $810 million dollars raised to-date, 2018 is off to a dynamic start with TIME’S UP and GRAMMY charity auctions.

SAN JOSE, Calif., Jan. 22, 2018 /PRNewswire/ — Today, eBay announced that together with its global community, the platform raised $84 million for charities in 2017, bringing the total funds raised to nearly $810 million since 2003.

“With $84 million through eBay for Charity in 2017, we are demonstrating our commitment to supporting the thousands of charities who use our platform to connect and raise funds every day,” said Brenda Halkias, General Manager of eBay for Charity. “This year, we will continue to focus on leveraging our platform for good, and delivering new experience on behalf of the eBay community. Together with our eBay buyers and sellers, we aim to raise $1 billion for charities by 2020.”

Through eBay for Charity, we enable millions of people to come together and make an impact. The program allows charities to sell items and raise funds with discounted fees, and consumers are able to buy and sell to benefit charities or just give at checkout. Businesses can also support their favorite organizations by donating a percentage of the proceeds from their sales. In 2017 alone, on average, $160 was raised every minute.

In 2017, high profile auctions of one-of-a-kind experiences and items brought in large charitable donations. The annual Power Lunch with Warren Buffett raised almost $2.7 million for GLIDE, a San Francisco-based charity that has a mission of breaking the cycles of poverty and marginalization; while an exclusive sculpture and print created by artist Ai Weiwei raised nearly $800,000 for the Public Art Fund, which helps bring contemporary art to New York City; and, Ryan Adams’ acoustic guitar with signed original lyrics resulted in over $63,000 to the ACLU, which works to defend and preserve individual rights and liberties.

In addition to partnerships with some of the biggest and well-known celebrities and charities, the true power of eBay’s charitable platform lies in everyday donations from people around the world rallying behind important causes. In the wake of recent natural disasters and as a humanitarian response, the eBay community donated over $700,000 directly to related charities in 2017.

Looking ahead to 2018, eBay for Charity will launch a variety of high profile campaigns in partnership with some of the biggest stars and brands to help raise funds for significant causes. From equality to women’s rights to environmental sustainability to animal welfare, eBay for Charity is working to help connect the community to the causes they care most about. In January, eBay for Charity partnered with TIME’S UP and Condé Nast auctioning off the black dresses and tuxedos worn by the attendees of the historic 75th Annual Golden Globe® Awards, benefiting the TIME’S UP Legal Defense Fund. In February, eBay for Charity will celebrate the 60th Annual GRAMMY Awards by raising funds with GRAMMY artists and nominees with the platform’s longtime partners – the GRAMMY Foundation and MusiCares.

eBay for Charity by the Numbers

About eBay for Charity
eBay for Charity helps enable members of the eBay community to connect with and support their favorite charities when they buy or sell in the U.S. and abroad. Sellers can donate up to 100 percent of the proceeds to a charity of their choice, while buyers can add a donation to their purchase during checkout. To date, nearly $810 million dollars has been raised for charity by the eBay community.