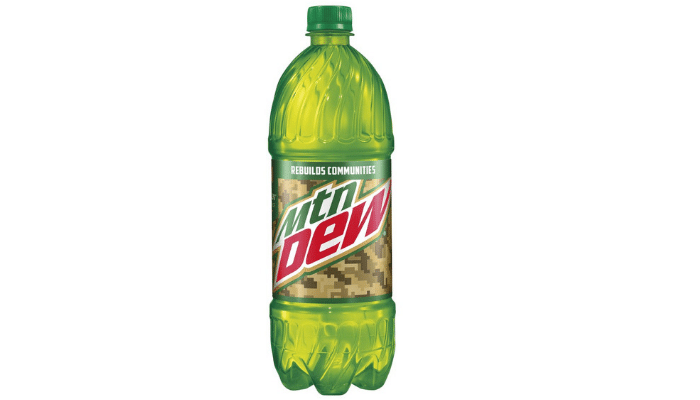 PURCHASE, N.Y., Feb. 7, 2019 /PRNewswire/ — In an epic rallying cry to get out and do, MTN DEW® is teaming up with Team Rubicon, an organization that uses the skills and experiences of military veterans and first responders to serve communities impacted by disasters. To kick off the partnership, the brand announced a $1 million donation to fuel Team Rubicon’s efforts, and has teamed with longtime DEW® spokesperson and Team Rubicon supporter Dale Earnhardt Jr. to help rally DEW Nation to participate in the MTN DEW x Team Rubicon mission.

“Team Rubicon is an extraordinary organization, and we are honored to partner with them and leverage our platform to raise awareness of its mission to aid in disaster-stricken areas,” said Nicole Portwood, vice president, marketing, MTN DEW. “The volunteers of this great organization, many of them military veterans, continue to serve our country through disaster response teams. They are the true embodiment of what it means to ‘DO THE DEW,’ and we want to fuel that fire in all of DEW Nation to support this worthy mission.”

“Natural disasters have hit close to home for me – like Hurricane Florence’s impact on the Carolinas. Team Rubicon was there to support and rebuild those affected areas, and I’m proud to team with Mountain Dew to support its mission,” said Earnhardt Jr.

Next week, Earnhardt Jr. will travel with MTN DEW to a Team Rubicon worksite in the Florida Panhandle to work alongside the volunteers as they rebuild a community that was ravaged by Hurricane Michael in 2018.

“We’re honored and humbled by this major commitment from MTN DEW in support of our mission,” said Jake Wood, Co-Founder and CEO of Team Rubicon. “DEW’s contribution will enable us to train more volunteers in critical skills, respond to more disasters around the world, and help more people on their worst day. Like Team Rubicon, we know Dew Nation has a bias for action and we’re excited to see how they’ll step up to match DEW’s $1 million commitment to our mission.”

How to Fuel the Mission

About PepsiCo PepsiCo products are enjoyed by consumers more than one billion times a day in more than 200 countries and territories around the world. PepsiCo generated more than $63 billion in net revenue in 2017, driven by a complementary food and beverage portfolio that includes Frito-Lay, Gatorade, Pepsi-Cola, Quaker and Tropicana. PepsiCo’s product portfolio includes a wide range of enjoyable foods and beverages, including 22 brands that generate more than $1 billion each in estimated annual retail sales.

At the heart of PepsiCo is Performance with Purpose – our fundamental belief that the success of our company is inextricably linked to the sustainability of the world around us. We believe that continuously improving the products we sell, operating responsibly to protect our planet and empowering people around the world enable PepsiCo to run a successful global company that creates long-term value for society and our shareholders. For more information, visit www.pepsico.com.

About Team Rubicon Team Rubicon unites the skills and experiences of military veterans with first responders to rapidly deploy emergency response teams. Team Rubicon is a nonprofit organization offering veterans a chance to continue their service by helping those affected by disasters, and also themselves. Programs and services are made possible by the support of individual donors, corporate partners, and the dedication of volunteers across the country. To join or support Team Rubicon’s mission, visit www.teamrubiconusa.org.