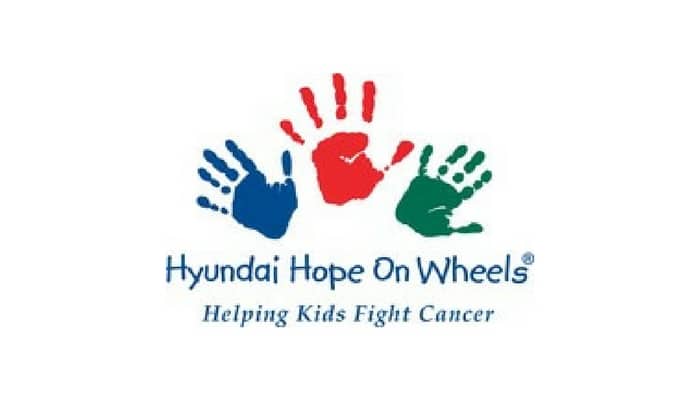 Ad to Be Shown for the First Time During Super Bowl LII. Select Content in the Commercial to Be Filmed on Game Day. 60-Second Spot to Run During the Fourth Quarter.

FOUNTAIN VALLEY, Calif., Jan. 29, 2018 /PRNewswire/ — Hyundai’s Super Bowl LII campaign will surprise and thank millions of people who have contributed to the fight against pediatric cancer. For the first time ever, Hyundai will feature its non-profit organization, Hyundai Hope On Wheels, in its Super Bowl marketing with a 60-second spot that will air in the fourth quarter and will include content captured on game day. Hyundai will also run a new spot in the pre-game show featuring its first-ever subcompact SUV, Kona.

“Last year we honored military heroes who help make events like the Super Bowl possible. This year we’ll celebrate heroes who help in finding a cure for pediatric cancer,” said Dean Evans, CMO, Hyundai Motor America. “This is another example of Hyundai’s brand promise and our strategy to communicate what we stand for beyond great products. We want to bring people together and give them hope.”

The final piece will be edited on-site in Minneapolis and is being brought to life by Hyundai’s agency of record, INNOCEAN USA. It will be produced by Anonymous Content and directed by John X. Carey, a film director who is responsible for numerous successful commercials and was recognized as a top 20 content creator by Adweek.

“Not many brands can say they deliver ‘hope’,” said INNOCEAN USA Chief Creative Officer Eric Springer. “In this year’s Super Bowl campaign, it’s not only about selling cars; it’s about expressing the ‘hope’ that is intrinsic to the Hyundai brand.”

Highlighting Hope at the Super Bowl
For its 20th anniversary, Hyundai Hope On Wheels, a non-profit organization that is committed to finding a cure for childhood cancer, will get the Super Bowl spotlight. The organization provides grants to eligible institutions nationwide that are pursuing lifesaving research and innovative treatments for the disease. Since its inception, it has awarded more than $130 million toward childhood cancer research in pursuit of a cure.

During Super Bowl week, Hyundai Hope On Wheels will also be making grant announcements to two Minnesota hospitals and providing two childhood cancer survivors with a Super Bowl experience of a lifetime.

“One in 285 children in the U.S. will be diagnosed with cancer by the time they are 20 years old, but only 4 percent of U.S. federal funding is dedicated solely to childhood cancer research,” said Zafar Brooks, program executive director, Hyundai Hope On Wheels. “Raising awareness for childhood cancer and celebrating those who have helped find a cure for this terrible disease is part of our mission, and getting to do that at the Super Bowl is a great honor.”

Bringing Hope to Minneapolis
As the official car and SUV of the NFL, Hyundai has brought this campaign to its experiential activations in Minneapolis. With 275 Hyundai vehicles on the ground and several on-site activities, Hyundai has created an unforgettable experience for NFL fans leading up to and at the game of the year.

On January 27, Hyundai opened its activation at the NFL’s Super Bowl Experience driven by Genesis, pro football’s interactive theme park. At its activation space, Hyundai is hosting current NFL players for autograph sessions and providing fans with interactive elements like trivia and a football toss contest, along with prizes and other promotional giveaways. The latest Hyundai vehicles, including the 2018 Kona, are on display, as well as a Super Bowl LII wrapped Tucson. Visitors can also receive a $5 NFL Shop gift card for completing a brief brand survey. Tickets for the Super Bowl Experience driven by Genesis start at $25, and the event runs for eight days leading up to Super Bowl Sunday at the Minneapolis Convention Center.

On January 26, Super Bowl LIVE presented by Verizon opened in Nicollet Mall in downtown Minneapolis for an epic 10-day public fan festival. This free event features something for everyone, including free live concerts, national broadcast activations, food and nods to winter that showcase Minnesota’s authentic Bold North brand. As part of Hyundai’s partnership with the Minnesota Super Bowl Host Committee, Hyundai has six vehicles displayed throughout the Nicollet Mall, as well as a fully wrapped, Vikings-themed Santa Fe. The fan festival also includes a Hyundai-sponsored ice rink, the HOPE RINK, where guests can get complimentary ice skating and Caribou Coffee for filling out a survey. NFL fans can also get inside a life-size snow globe to take fun photos for social media and catch a break from the cold at the Hyundai-sponsored warming bench.

Advantage will be managing the activations on behalf of Hyundai.

Hyundai Motor America
Hyundai Motor America is focused on delivering an outstanding customer experience grounded in design leadership, engineering excellence and exceptional value in every vehicle we sell. Hyundai’s technology-rich product lineup of cars, SUVs and alternative-powered electric and fuel cell vehicles is backed by Hyundai Assurance—our promise to deliver peace of mind to our customers. Hyundai vehicles are sold and serviced through more than 830 dealerships nationwide and the majority sold in the U.S. are built at U.S. manufacturing facilities, including Hyundai Motor Manufacturing Alabama. Hyundai Motor America is headquartered in Fountain Valley, California, and is a subsidiary of Hyundai Motor Company of Korea.