Pride and Joy: Macy’s and The Trevor Project 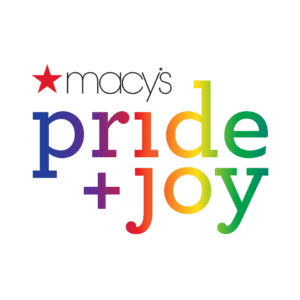 More than 1.8 million LBGTQ youth consider suicide every year, a fact the Trevor Project is trying to change through its life-saving programs for teens. Macy’s, “America’s store for life,” tries to make a difference and build community in every market they serve. In 2019, Macy’s joined with the Trevor Project, the world’s largest suicide prevention and crisis intervention organization for Lesbian, Gay, Bisexual, Queer and Questioning young people, to create a campaign that would drive consumers to make donations, build awareness of the issues surrounding LGBTQ youth, and mark the 50th anniversary of the Stonewall Uprising and World Pride in New York City.

Their program, Pride and Joy, created multiple ways for customers to donate to the Trevor Project, including a Round Up at the Register, which allowed customers to round their purchase to the nearest dollar and donate the extra change. Macy’s also developed Pride-themed merchandise for the campaign and donated a portion of sales to Trevor. Both in-store and digital marketing focused on educating the community as well as destigmatizing the word “suicide” in marketing, and creating a hopeful tone. Prominent store signs featured the Trevor Project and Macy’s was named in a digital campaign as Trevor’s “National Pride Partner.”

All of the campaign’s messaging focused on hope, along with urging all people to find joy in their identities.

Jazz Jennings, a YouTube celebrity and LGBTQ activist, along with 4 Trevor volunteers, read testimonials from people helped by the Trevor Project’s services in a PSA.

In 24 markets around the country, Macy’s leveraged its skill in producing parades (think Thanksgiving) to celebrate pride, show Macy’s support for LGBTQ and to tout the partnership. Several Pride events that marked the Stonewall Anniversary also highlighted the Macy’s Trevor partnership and Macy’s was featured as the presenting sponsor of TrevorLIVE, Trevor’s fundraising gala. The program also activated and educated thousands of Macy’s diverse employees as allies of the LGBTQ community.

Pride and Joy raised $1.53 million, double the goal of $750,000. The Round UP program reached more than 6 million customers with Trevor’s message, while Macy’s was able to make a personal connection with its customers.

The campaign allowed Trevor to be able to increase its Lifeline, Chat, and Text programs. Trevor served 24 percent more crisis contacts than May 2019 and more than 88 percent more than June 2018.

Macy’s holistic effort to support the entire LGBTQ community sent an authentic message of support to the entire country about what Macy’s values.