To standout in the hyper-competitive pizza category, Pizza Hut knew that its long-standing commitment to literacy – which began when it founded the BOOK IT! Program in 1984 – could be a differentiator.

In 2016, Pizza Hut expanded its commitment to literacy with the launch of The Literacy Project – a global campaign with an ambitious goal of impacting 100 million lives over 10 years by enabling access to books, empowering educators and inspiring readers. 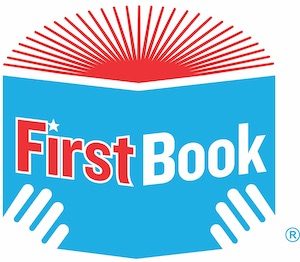 To bring this campaign to life in the U.S., Pizza Hut partnered with First Book, a nonprofit social enterprise whose mission is to provide books and educational resources to children in need. Together, First Book and Pizza Hut are bringing desperately needed resources into even more classrooms and programs nationwide.

As Pizza Hut planned its approach to 2018, the company’s objectives were to raise some dough and foster brand love among consumers. Strategies for campaign success included emphasizing local impact, digital integration and consumer activation.

In the Spring, Pizza Hut invited its customers to donate $1, $3, or $10 to support literacy in their local communities – providing much needed access to books and educational resources. All dollars donated went to First Book, who provided educators with grants to the First Book Marketplace. There, recipients could select the books and materials most relevant to their students’ needs.

More than 2,500 Pizza Hut restaurants chose local beneficiaries such as schools and other educational programs in their communities. This ensured that all dollars given by customers in those restaurants were funneled back into the communities where those customers live, work and play. Restaurants who chose a local beneficiary raised three times more than those who did not. Additionally, these same restaurants performed better in same store sales growth.

Pizza Hut also embedded the donation call to action within the checkout page of its online ordering flow, making it easy for customers to donate at the click of a button, which resulted in a 4.5x increase in the number of transactions that included a donation.

The company also tapped a squad of mid-tier and micro- influencers to drive social conversation around the campaign call to action to “Help Start a New Chapter.” Influencers challenged their followers to submit their favorite childhood book on Twitter and Instagram, along with #HelpStartANewChapter – entering them into a sweepstakes to win a once-in-a-lifetime experience that would bring to life that book.

In the fall, one of the company’s objectives was to integrate its literacy mission into how it activated its newly minted NFL sponsorship. Pizza Hut wanted to engage its customers in a fundraising campaign that would align with the NFL’s My Cause, My Cleats initiative, and ultimately inspired Todd Gurley of the L.A. Rams to feature First Book on his cleats.

Pizza Hut created a special deal, called the First Book Bundle, which included two large three-topping pizzas and breadsticks. For every purchase of the bundle, Pizza Hut would donate a dollar to First Book. The bundle kicked off on Giving Tuesday – timed to align with “unboxing day” when NFL players revealed their cause-related cleats for My Cause, My Cleats.

Together these campaigns generated nearly $850,000 in funding for First Book to provide access to books and educational resources – representing a 35% lift in funds raised compared to the 2016-17 campaign. As a result of the 2018 spring campaign, over 750 schools, community organizations, and non-profit programs nationwide received funding grants ranging between $200 and $25,000.

Together these campaigns generated more than 820 million impressions and 2,000+ media and influencer placements. In the period following the spring campaign, Pizza Hut saw a nine point lift in consumer association between Pizza Hut and literacy. This linkage to literacy has a strong, positive effect on consumer perceptions of Pizza Hut as a company that gives back to its community and as a brand that is for someone like them. Interestingly, the literacy linkage significantly increases consumer perceptions that Pizza Hut is a good value for the money.