Building on the momentum of the 2017 Women’s March, Planned Parenthood and OKCupid partnered to provide OKCupid users with expert sex education information, as well as an opportunity to integrate an #IStandWithPP badge. 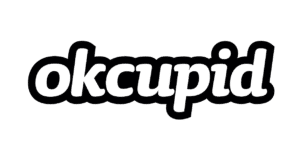 Throughout the program, OkCupid and Planned Parenthood shared Instagram posts with approachable graphics (designed by up-and-coming artists) and captions. These posts were created to both remove the taboo around sexual health, and get daters the facts they need.

As a result of the partnership, nearly 400k users (over half of which were male) had the #IStandWithPP badge, generating more user activity and reaching a new demographic. Users with the badge got 4 times as many matches as they did before they had the badge, creating more satisfied users. OkCupid saw a 20% increase in Instagram followers during the program and experienced their highest Instagram engagement to date.

In addition to raising $100,000 for Planned Parenthood, the effort was also successful in sharing helpful tips on sexual health to hundreds of thousands of people via social media, where the program received over 65 million impressions. Additionally, Planned Parenthood was able to reach millions of potential new supporters via communications sent by OkCupid.