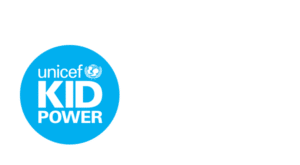 UNICEF Kid Power aims to inspire an entire generation of American children to grow up as healthy and globally aware citizens, getting active to help end severe malnutrition around the world. Three years ago, UNICEF Kid Power started with a simple idea to tap into kids’ intrinsic desire to help by connecting their physical activity to real-life impact while addressing two urgent crises facing children worldwide. Only 1 in 4 kids in the U.S. is getting enough physical activity, while almost 1 in 4 children globally is malnourished.

UNICEF worked in partnership with design studio Ammunition on the industrial design and packaging of the Kid Power Band, which saw incredible value in helping the charity create and bring to market its first physical consumer product. As a result of our collaboration with UNICEF, Ammunition received significant positive press coverage from outlets including Fast Company and Wired magazines citing the design as a key differentiator in the wearables category.

In just over three years, UNICEF Kid Power has grown from a 20 student pilot in Virginia to a national movement of 453,000 kids, educators and parents across the U.S. getting active where they live, learn and play. With the UNICEF Kid Power Band or App, and physical activity as their currency, kids unlock lifesaving packets of therapeutic foods for their peers around the world.

Here’s how it works:

1. Kids join the UNICEF Kid Power Team, either at school or at home by wearing a Kid Power Band or by downloading the free App.
2. Kids track their progress on the UNICEF Kid Power App with classmates or family.
3. Kids get active and unlock lifesaving therapeutic food packets for malnourished kids. Every step makes an impact.

To promote behavior change, each time a kid earns a point, the band vibrates and an encouraging message scrolls across the band display. Each time the band is synced with the App, the cumulative points earned and therapeutic food packets unlocked are updated in the App. Achievement of point and packet goals are celebrated through exclusive content, digital rewards and video messages from members of the UNICEF Kid Power Team.

In addition, the UNICEF Kid Power School Program is a teacher-led experience that leverages easy-to-use technology and promotes the development of 21st-century skills. Classroom kits include a Kid Power Band for every student and a tablet and app for tracking real-time progress. Through hands-on learning experiences, kids go on Missions with educational resources, including everything from lesson plans with handouts to brain breaks, games and physical activities that tap into kids’ intrinsic motivation. Ninety-five percent of teachers participating in Kid Power want to participate in the program again. In 2017, Kid Power received applications from teachers representing over 200,000 students in 28 days, with $0 marketing and recruiting costs

To date, UNICEF Kid Power has inspired hundreds of thousands kids, educators and parents to get active and save lives. Together, they have unlocked 8.2 million packets of therapeutic food, which UNICEF has delivered to 52,000 severely malnourished children around the world.