In 2016, Disney launched “Dream Big, Princess,” a video series highlighting key story moments and inspiring qualities demonstrated by each Disney Princess. It reached millions around the world, and became the basis for a 2017 campaign aimed at new audiences. Knowing that many girls around the world face a gap between what they dream of and what they believe they can really do, Disney conceived the #DreamBigPrincess photography campaign, a precedent-setting global cause marketing initiative in 43 countries designed to highlight the Disney Princess characters and their inspirational qualities—qualities that could inspire others to overcome adversity to achieve their dreams. 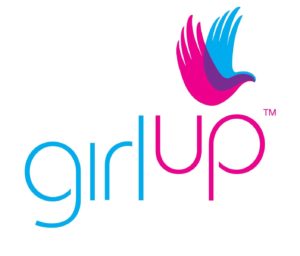 Working with 19 female photographers from 15 countries, the initiative encouraged kids everywhere to dream big through a series of empowering images showing real-world girls and women. A key component of the campaign was a public call to action to help unlock a charitable donation to support girls who face challenges in achieving their dreams. Disney partnered with Girl Up, the United Nations Foundation’s program supporting adolescent girls’ leadership and empowerment. From August 16 to October 11, for every like or post of a #DreamBigPrincess photograph on social media, Disney made a contribution of $1 to Girl Up—to a maximum of $1 million. In just five days, the goal was met, but the program drew thousands more posts to support Girl Up, an organization that seeks to engage, educate and effect positive change and growth for adolescent girls. The girls served by Girl Up are strong, dynamic leaders that Disney felt connected well to the princesses’ diverse physical differences but also to their individual attributes—think Mulan’s bravery, Belle’s fierce intelligence, and Moana’s commitment to community.

The 19 professional photographers (who boasted such bonafides as National Geographic and a Pulitzer Prize) took inspiring photos of the youngest ever speaker at the UN, a gold-medal winning Paralympian, the founder of the first female cycling team in Afghanistan, and a teenaged author of a STEM coding book for kids. Then Disney created a video showcasing the stories behind the images, featuring the subjects talking about how they were personally inspired by Disney Princesses. Girl Up members also participated in the creation of the content, writing articles, being photographed and themselves taking pictures. The campaign leveraged third party spokespeople and influencers, including the photographers, Walt Disney Company talent and celebrities associated with the UN Foundation’s Girl Up program. The communications teams of both Disney and Girl Up drove awareness of the Girl Up and gender representation issues, and increased brand relevancy with new audiences and Disney fans.

Since August, Girl Up has seen continuous international growth, seeing spikes in online engagement and presence internationally. Girl Up has grown in 10 focused international markets in terms of clubs and active participation, averaging a 43 percent growth rate toward the target of increasing club presence by 50-100 percent. Girl Up’s impact is evident in the leadership skills, knowledge and passion for social and civic issues that the girls in the United States and around the world have displayed.