Ep198: How One Nonprofit Raises Millions With the Gaming Industry

In this episode of CauseTalk Radio, Megan and Joe talk to Dan Goldenberg, Executive Director of the Call of Duty Endowment, which was founded by Activision Blizzard CEO Bobby Kotick. Dan was last on the show in November 2015. Since then, the endowment has expanded on its cause marketing and the Endowment’s impact.

On the show, Megan, Dan and Joe discuss: 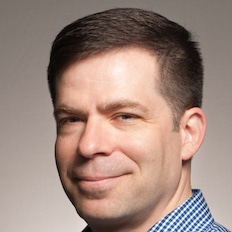 Goldenberg, who currently serves as a captain in the Navy Reserve, brings to the job 24 years of active and reserve military service and more than a decade of business experience – most recently serving as Sr. Vice President of Growth Partnership Services at Frost & Sullivan, and prior to that as a senior director and practice manager at CEB.
Don't miss an episode of CauseTalk Radio! Use the buttons below to subscribe to the podcast so you'll get the latest episodes instantly.
Apple PodcastsGoogle Play
Become A Member
Join A Community Of 1000+ Social Impact Pros
Most Visited Resource
Social Impact Stats You Should Know

About | Contact Us | Sitemap
Copyright © 2020 The Cause Marketing Forum