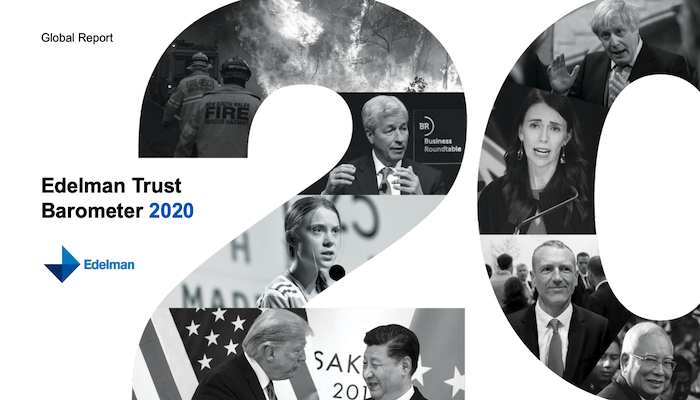 In this year’s edition of Edelman’s Trust Barometer, one thing is clear – societal institutions are not trusted. The report reveals that despite a strong global economy and near full employment, none of the four societal institutions that the study measures—government, business, NGOs and media—is trusted. The cause of this paradox can be found in people’s fears about the future and their role in it, which are a wake-up call for our institutions to embrace a new way of effectively building trust: balancing competence with ethical behavior.

The report, which surveyed 28 markets for a total of 34,000+ respondents, found that:

Get the full study
Join Your Peers
Become A Member!
Most Visited Resource
Social Impact Stats You Should Know