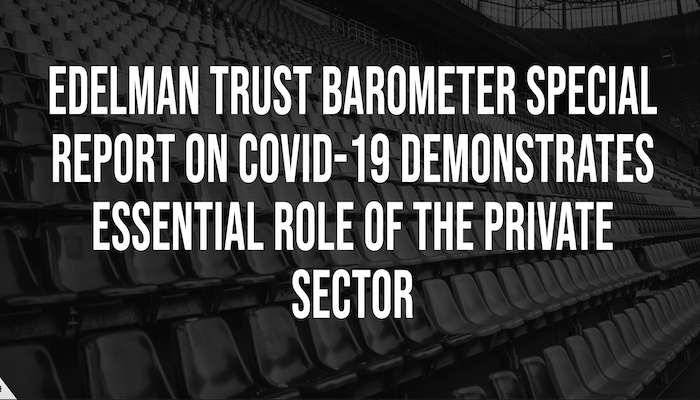 These last few weeks we have all lived the consequences of low trust in government and media. We have observed that large groups of people have ignored critical health guidance, in part because they doubted the veracity of available information or because they relied on disinformation. At the same time, a number of businesses have stepped into the void with responsible actions and information from credible sources, including scientists and public health authorities, knowing that their employees expect frequent updates and agile changes to workplace policies.

In this special report on COVID-19, Edelman conducted a 10-country study between March 6-10 in Brazil, Canada, France, Germany, Italy, Japan, South Africa, South Korea, the U.K. and the U.S. Their findings include:

Get the full report
Join Your Peers
Become A Member!
Most Visited Resource
Social Impact Stats You Should Know