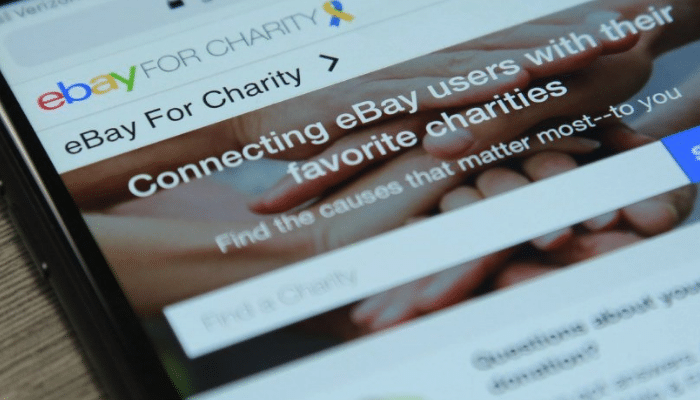 SAN JOSE, Calif., Feb. 7, 2019 /PRNewswire/ — Today, eBay announced that its global marketplace raised a record of nearly $102 million for charities in 2018, bringing the total funds raised to nearly $912 million since 2003. With more than 66,000 charities on the platform, eBay for Charity enables people to connect with and support their favorite non-profits and causes when they buy or sell in the U.S. and abroad.

“With a record breaking $102 million raised through eBay for Charity in 2018, eBay continues to be fully committed to enabling millions of people to come together and make a difference,” said Brenda Halkias, General Manager of eBay for Charity. “Unlike any other online marketplace, our platform allows anyone in the world to make an impact, giving consumers the freedom to support the causes near and dear to them.”

Impact in 2018People turned to eBay in key moments throughout the year to make a difference and rally behind important causes in 2018. From helping the victims of the California wildfires to supporting the battle against cancer, to celebrating Pride Month around the world, eBay for Charity connected buyers and sellers to the causes they care about most. By activating its millions of everyday consumers, sellers and partnering with some of the most influential celebrities and charities, eBay leveraged the power of its entire community to make its biggest impact to date with a goal of raising $1 Billion for charity by 2020.

High-profile sales of unique items and experiences brought in a record of charitable donations: