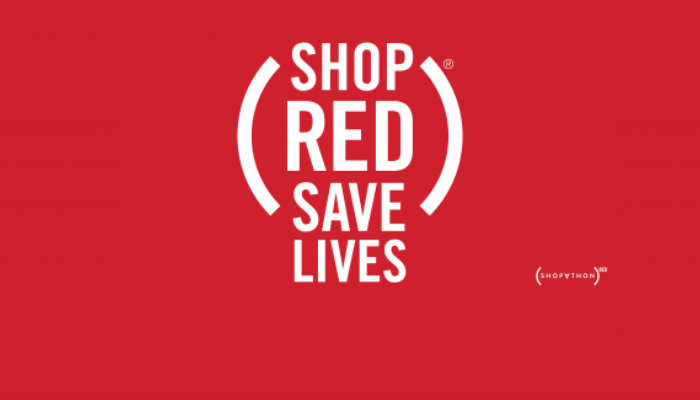 LOS ANGELES, Nov. 19, 2018 /PRNewswire/ — As women and girls continue to be disproportionately impacted by HIV and AIDS, a galaxy of brands and stars are once again stepping out for the annual World AIDS Day Campaign, the (RED) Shopathon, to raise money and bring urgency to the AIDS fight.

Ahead of the Global Fund to fight AIDS’ mobilization of countries to finance the fight for the next three years, (RED) is mobilizing companies and their customers, and celebrities and their fans, to generate millions and give people everywhere countless ways to get involved.

(RED) co-founder, Bono, said: “If you think the HIV virus is in the rear-view mirror, think again — because all I see are flashing red lights. It’s still an emergency, especially for women and girls. AIDS is the biggest killer of young women globally. Our complacency today could be complicity tomorrow in the deaths of millions who are needlessly infected.”

“That’s why it’s so important that we keep the world’s focus on this crisis, and we couldn’t have a better partner in that than Jimmy Kimmel and his army of funny friends, and our (RED) partner companies who are donating their cash and using their marketing genius to dial-up the heat in the fight against AIDS. Tremendous progress has been made – 22 million lives have been saved – but it is all at risk if we falter now, just short of the finish line.”

“This is our fourth and most star-studded (RED) special yet.  I am grateful to Bono and all the great names who are joining the fight to end AIDS on what promises to be our biggest show yet,” said Jimmy Kimmel.

Kristen Bell, said: “I’m honored to be back for the third year in a row to help bring attention to this tragic epidemic that impacts so many people around the globe, particularly women.  (RED) makes it easy for everyone to do their part and Jimmy brings the party every time.”

For tech fans wanting to shop (RED) and save lives, Apple has a wide range of (PRODUCT)RED devices and accessories, including the new iPhone XR (PRODUCT)RED. iPhone XR features the longest battery life ever in an iPhone, a breakthrough camera system with Portrait Mode and Depth Control, a stunning all-screen Liquid Retina display, A12 Bionic — the smartest and most powerful chip in a smartphone —  and comes in six beautiful finishes, including (PRODUCT)RED. Additional products include the new (PRODUCT)RED Sport Loop for Apple Watch and a collection of cases and covers for iPhone and iPad models, as well as (PRODUCT)RED headphones and speakers by Beats. Since partnering with (RED) in 2006, Apple has donated more than $160 million to the Global Fund, serving as the organization’s largest corporate donor. A portion of proceeds from these products, available at amazon.com/RED and at Apple.com/RED, will go directly to Global Fund HIV/AIDS grants.

A galaxy of gifts at amazon.com/RED; Bank of America is Official Payment Provider for the (RED) Shopathon

For the second year, Amazon is providing customers a single destination to shop more than 100 (RED) products, including the exclusive Echo (RED) edition, which is available for a limited time. For every Echo (RED) edition sold, Amazon will donate $10 to the Global Fund. Plus, customers interested in donating to support (RED)’s fight can do so on any Echo device by simply asking, “Alexa, donate to (RED).”  Other AIDS-fighting products available on amazon.com/RED include BALR, Calm, Casper, CHAOS, Durex, Dyson, EOS, Tarte Cosmetics, MCM, S’well, Vilebrequin and Vizio amongst others.

As the Official Payment Provider for the (RED) Shopathon, from today through December 31st, Bank of America will donate 20 cents to the Global Fund for every dollar spent on amazon.com/RED, up to $1.5 million.

More (RED) products for the holidays will be available from Belvedere, Bombas, Jennifer Fisher Jewelry, Montblanc, Pour Les Femmes and Quip. Go to RED.org to find out more.

The (RED) Shopathon is supported by many generous collaborators including Group Nine Media and Now This, Getty Images, OATH, Spark Foundry, iHeartMedia and The Moth, among many others.